By nature Golden Lane residents like to look out for their neighbours and many informal groups are self organising. A group of residents headed by resident Councillor Sue Pearson have formed the GLE Covid 19 Hub to support these groups - email glecovid19@gmail.com or leave a message on 07714 777692

More info on the Covid-19 page which we'll try to keep regularly updated with resident specific info and useful links. Read the most RECENT ADVICE FROM THE CITY CORPORATION here including: 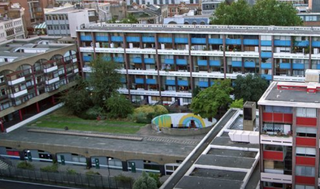 Published in the second edition each month Billy's column narrates the big stories affecting the Estate and local area.

City of London forced to confront winds of change

Residents and Corp at odds in dispensation row

City planners refuse to defer to Islington on school site

A Tribute To Golden Lane: The Estate Born Out Of London's Ashes

Architect in residence has designs on estate City amongst slowest for broadband speeds in London

Modernist estates: what's it like to live on one?

Islington free school will focus on maths, finance and creativity